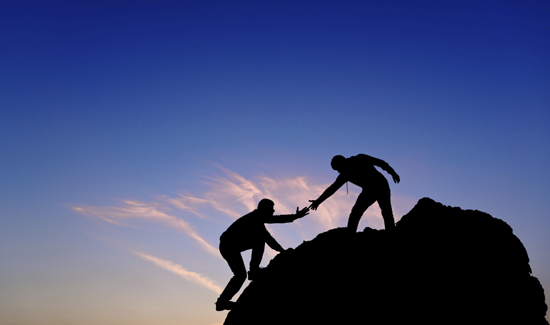 Social media has been getting a lot of officers in hot water lately, but here’s one story that proves Facebook can actually be pretty fantastic.

According to KAIT Channel 8 News, Officer John Shipman with the Jonesboro Police Department had just left an off-duty security job when he noticed something unusual.

“I was going down Stadium Boulevard when I saw someone walking on the shoulder of the road,” Shipman said. “It was 2:15 in the morning, I looked down and it was 19 degrees.”

Unbeknownst to Shipman, what seemed unusual to him was routine for Arkansas State University student James Taylor.

With snow falling from the sky, Taylor was making his normal four-mile trek from his job to his apartment near the college, when Shipman approached him in his squad car.

“I asked him his name and where he was coming from and he told me he had just got off work at McDonald’s,” Shipman said. Kindly, the officer offered Taylor a ride.

Officer Shipman learned the pre-pharmacy sophomore at ASU didn’t have a car and walks, rain or shine, to and from work and school.

Touched by their encounter, Shipman took Taylor’s story to social media. “And when I woke up the next morning, it had took off,” Shipman said.

Many were interested how they could help. A GoFundMe account was set up to get James Taylor a car.

“These kind of people, you don’t meet every day,” Taylor said. “Officer Shipman, he was an amazing guy.”

“I think the community is going to change James’ life forever but you know what, in the end? James may be changing our lives,” Shipman said.