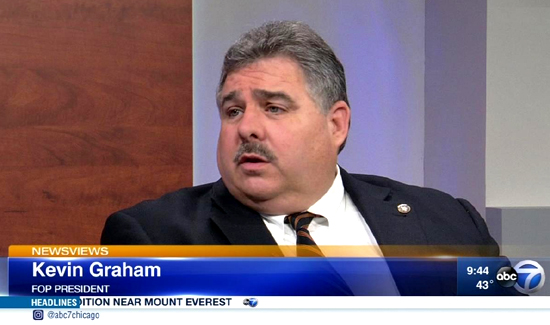 “I want to know about the report that he wrote and what’s in it. This is serious business. You’re making serious accusations about an officer and about his career. If we give a Freedom of Information request, we expect to get all the information that we’re entitled to,” Graham said. Graham says he believes that the reason that the review board didn’t mention Harrington in it’s report labeling the shooting unjustified is because maybe Harrington didn’t agree with that designation.

It’s classic case of shoes being on other feet as the police union president complains about a lack of transparency, secrecy and not being provided with documents asked for after FOI requests.

“One of the things we also want to know is why is the name of the investigator blacked out. I’ve never seen that before. . . . If this is supposed to be an open, fair and objective report, why are those questions coming up?” Graham wondered.

He says the review board is out to get his members and says they’re leaking stuff to the media to make cops look bad.

From The Chicago Sun Times: “To support its claim of “compelling evidence of leaks,” Graham cited a Chicago Tribune story about COPA’s investigation of a December bar fight involving Rialmo. That bar fight and the investigation it triggered should have remained confidential, Graham said.

But here’s the rub- those documents were released under a freedom of information act request made to the review board and the Chicago Police Department.