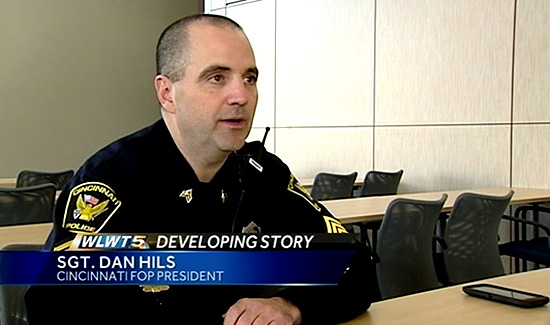 In a truly disturbing incident. a young man died recently after a car accident where he was able to call 911. According to the Cincinnati Enquirer, “Kyle became trapped in his van on April 10 and managed to call 911 twice, but only one call was heard by 911 operators. Police did not locate him. His father found him hours later. Kyle (Plush) was pronounced dead at the scene.”

Dashcam video of the responding officers can be seen here.

The Cincinnati Police Department obviously says they’ll wait until an investigation is complete before making any comments or changes to policies.

But Dan Hils, the president of a local police union, took to social media to defend the actions of police officers, dispatchers and the Cincinnati Police Department.

Check out the post here. And check back later to see if more police associations and unions (as opposed to chiefs, sheriffs and public information officers) take the lead in dealing with the media after controversial calls and incidents because that could get really wild real quick.