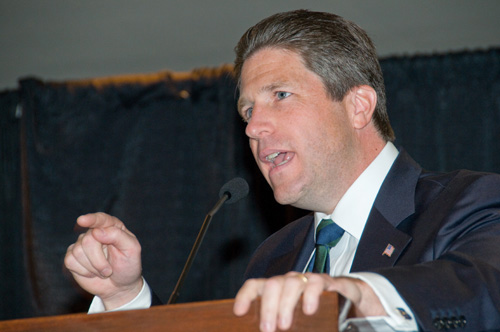 The accidental death of a man about an hour after his arrest by the New York Police Department is raising serious questions about use of force issues.

According to a recent article in USA Today, part of the debate involves the standard difficulty civilians have with interpreting police interactions on video. Another aspect is the language and terms used to describe this specific use of deadly force. Police and trainers call it a neck restraint while others call it a chokehold or a sleeper hold.

Currently the NYPD is investigating whether or not an officer in the video did in fact use a “chokehold,” and the medical examiners office has yet to release an official cause of death for Eric Garner.

But the incident has generated a lot of discussion about the use of force continuum, police training and other issues.

The NYPD banned the use of chokeholds back in 1993.

The department’s Patrol Guide defines a chokehold as including, but not limited to, “any pressure to the throat or windpipe, which may prevent or hinder breathing or reduce intake of air.”

Taught and used correctly, neck restraints are designed to apply pressure to the sides of the neck to increase compliance.

That’s why many are saying the public has already been misinformed and prejudiced against the officers involved.

“I don’t believe this was a chokehold. They were trying to bring him on the ground and get his arms around his back and place him under arrest,” said Patrick Lynch, president of the NYPD’s Patrolmen’s Benevolent Association. “Using reasonable force to put someone under arrest is not always pretty unfortunately, especially when you have a person who says they will not comply.”

Lynch also says Commissioner William Bratton also jumped the gun when he said Garner “appeared to have been in a chokehold,” just a day after Garner’s death.

What many civilian discussions of the incident are missing is a basic knowledge of the concept of use of force.

Chokeholds, or neck restraints, are considered to be a form of “lethal force,” said Michael Huth, director of training at the National Law Enforcement Training Center.

At the LAPD for instance, officers who use a chokehold must be able to “articulate your life or someone’s else’s being in danger,” said Joel Morales, a spokesman for the LAPD.

Part of the problem is a lack of uniform standards and what would appear to be a disconnect between authorized uses of force from the patrol guide and the actual uses of force on the street.

There are no set rules for how much force officers should use, according to the National Institute of Justice, which is part of the Department of Justice.

The National Law Enforcement Training Center teaches what’s called a “lateral vascular neck restraint.” The idea is that officers can cut off the oxygen supply to the suspect’s brain to make them lose consciousness while also keeping the suspect breathing.

“It’s never our goal to render one unconscious. We simply want to … change their actions,” Huth said.

Eugene O’Donnell, a professor of law and police studies at John Jay College of Criminal Justice and a former assistant district attorney in Brooklyn and Queens says this is part of a major gray area in policing.

“As every cop eventually realizes, you can’t talk to everybody and you can’t de-escalate every situation. The question is, what then?” O’Donnell said.

“The fact that something looks bad, is ugly, makes people uncomfortable doesn’t make it a crime,” the professor said.