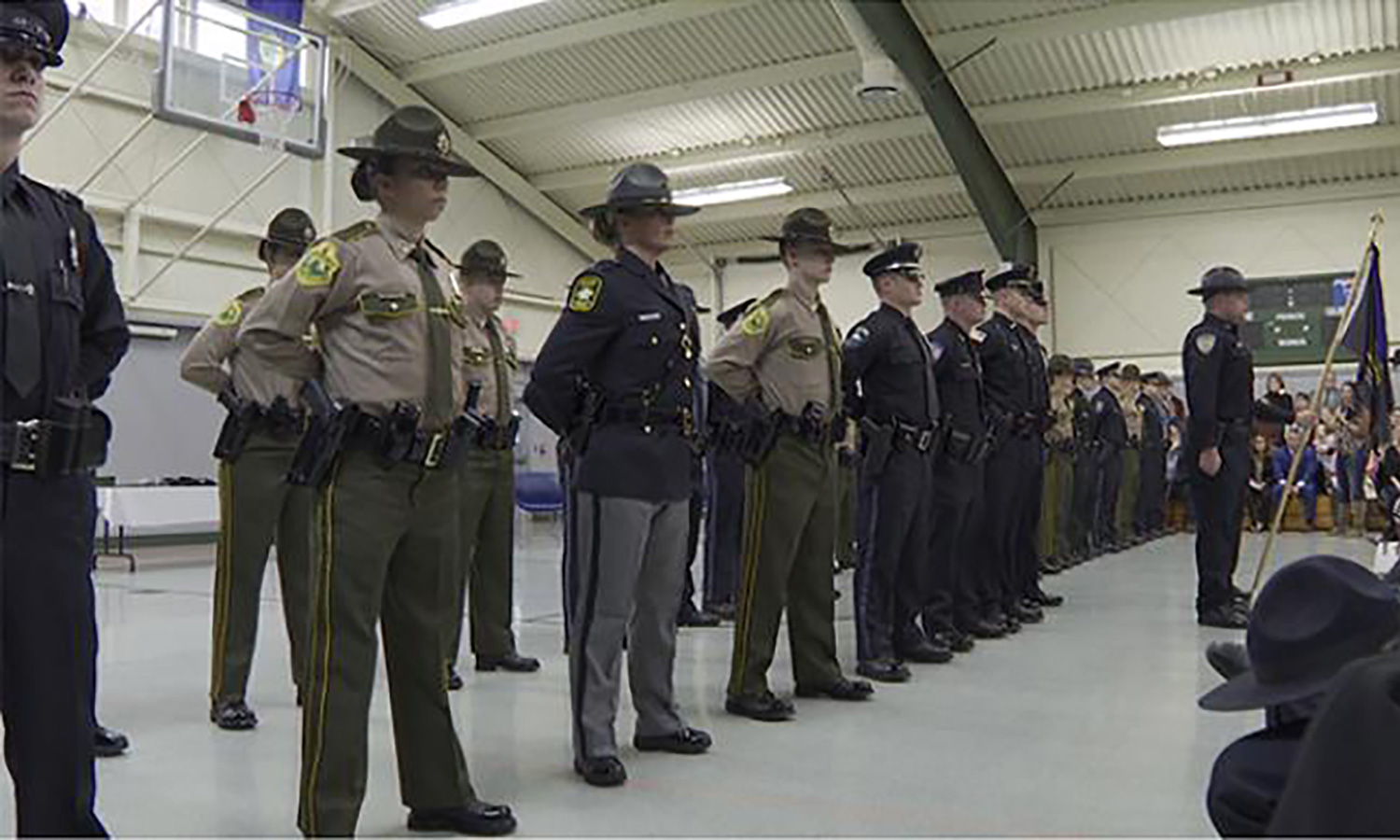 PITTSFORD, Vt, (WCAX) After 16 weeks of training, Vermont graduated dozens of new police officers Friday. It comes at a time of recruitment challenges and a heightened awareness over police conduct and use of force.

Thirty-eight new officers are hitting the streets for 17 police departments in our region. And for Vermont’s largest force it’s an historic class.

“Wearing this uniform is something I have always dreamed of,” said Vermont State Police Tpr. Isabella Corrao, part of the state police’s largest graduating female class.

A record 41 woman are now on the force — that’s 13 percent of their sworn personnel.

But fewer people are interested in following in these officers footsteps. “The profession of law enforcement is more challenging today than ever,” said Vergennes Police Chief George Merkel.

Police have been scrutinized for use of force across the country and here in Vermont. It’s part of the reason for low recruitment throughout the state.

“There’s a stigma,” Corrao said. She says she and other graduates hope to flip that opinion of their job. “We’re all here to help change that and show that in fact we can bring empathy to the table, and we are humans as well.”

“I mean that’s all anyone is looking for, treat everyone like they are a person and you are going to do well,” said Alexander Newton, who is joining the Addison County Sheriff’s Department. It’s where his dad, Brent Newton, has been a deputy for three years.

“Law enforcement in general is a family, and within the family, there’s families,” Brent Newton said. “I’m happy to see him join the ranks of law enforcement in Vermont, but at the same time I know that the dangers are out there.”

And this class plans to watch out for one another and always remember where they came from.

Some officers still have to complete a few more weeks of training before they officially take the reins on their own.