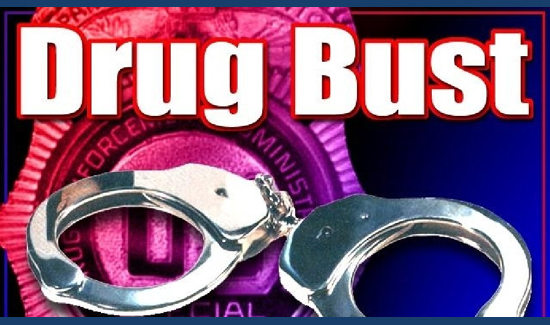 Via The New Orleans Advocate:

Chad Scott, a federal narcotics agent who made a name for himself with a series of major drug busts along the Interstate 12 corridor, pleaded not guilty Monday to a raft of federal charges, including perjury and stealing thousands of dollars in drug money.

Scott’s arrest late Sunday came more than a year and a half into a secretive investigation into a U.S. Drug Enforcement Administration task force that Scott led for years — a team of lawmen who investigated drug dealing across southeastern Louisiana.

Wearing glasses, shackled at the wrists and ankles and clad in an orange jumpsuit, Scott scanned a New Orleans courtroom full of former colleagues during a brief court appearance Monday, thumbing slowly through a copy of a 13-count indictment. He was represented by his defense lawyer, Matt Coman, a former assistant U.S. attorney who prosecuted many of Scott’s drug investigations.

Asked to enter a plea, Scott spoke loudly and clearly, telling U.S. Magistrate Janis van Meerveld he was not guilty of the charges. The judge scheduled a hearing for 2 p.m. Tuesday to determine whether Scott will be eligible for bail. In the meantime, he is being held in the St. Charles Parish jail.

Coman issued a statement saying that he and his client were “saddened by the actions of the Washington, D.C., Justice Department.” As a veteran DEA agent, Coman added, Scott “routinely exposed himself to violent retribution from dangerous drug dealers, gang members and murderers.”

“For those heroic efforts, Special Agent Scott now faces the prospect of losing his career and freedom as a result of baseless allegations,” Coman said. “Special Agent Scott looks forward to being fully vindicated of any wrongdoing and to the restoration of his stellar reputation.”

The indictment also included charges against Rodney P. Gemar, a longtime Hammond police officer who had been assigned to Scott’s DEA task force. Gemar, who faces six counts including conspiracy and theft of evidence, turned himself into authorities Sunday and was booked into the Plaquemines Parish jail.

The arrest marked a stunning fall from grace for Scott, a productive agent who was loathed and feared by drug dealers along the Interstate 12 corridor. Scott has been credited with some of the DEA’s biggest busts between Houston and Atlanta, and he was considered a wunderkind by an agency that also overlooked a number of red flags that surfaced early in Scott’s career.