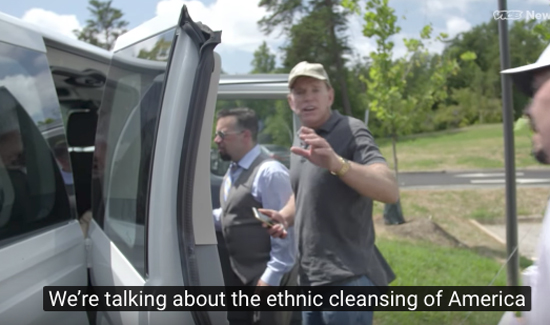 HBO’s “Vice News Tonight” was on the ground amid the chaos and violence that hit Charlottesville, Virginia, last weekend and the resulting documentary is an education.
Youtube

The documentary follows everything that happened from Friday night’s protest to Sunday’s vigils.

Most heart-wrenchingly, there is footage of the driver who killed Heather Heyer while she was crossing the street and the horrifying aftermath ― the wailing in the streets, the passersby covered in blood that is not theirs, the shocked faces.

Reeve also takes us into Cantwell’s hotel room, his bed covered in weaponry, where he tells us he anticipates even more violent protests.

Editor’s note: Since these conflicts are likely to get a lot worse before they get any better, the footage and details in the documentary is a gold mine for any law enforcement official trying to prepare to handle such events with minimum casualties and injuries.