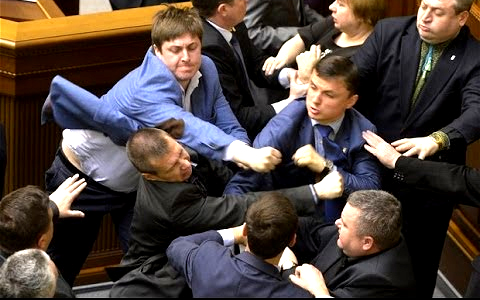 If you asked cops to put together a list of serious threats to their safety, they’d likely include things like armed gang members who don’t want to go back to prison or carrying out a no-knock raid on a drug house.

But responding to a disturbance call involving a Christian musical group isn’t the kind of thing that makes the little hairs on the back of one’s neck stand at attention.

That being the case, some video footage out of Arizona has to be seen to be believed.

The incident is a lesson in chaos. There are bodies rolling around everywhere, and it’s virtually impossible to tell who’s shooting and hitting whom.

Thankfully, the cop who was shot in the leg is expected to make a full recovery.

Let this be a lesson to all young cops out there: Never judge a book by it’s cover.