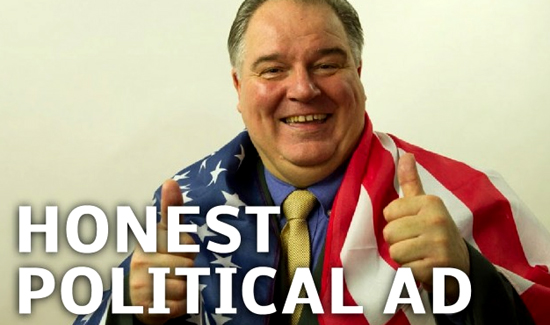 That’s because covering political campaigns is a cakewalk for the media, not to mention a lot of the folks that want to be the CEO of the USA also have books to sell.

America can expect an endless series of over-the-top campaign ads.

Generally, they go something like this: “My name is Dick Richard, and I love this country. It’s a place where a man can earn honest pay for an honest day’s work. It’s a place where dreams come true. But if you vote for the other guy, you can expect lakes of fire and marauding bands of cannibals that want to eat your family.”

But wouldn’t it be nice if there was such a thing as an honest campaign ad?

Like, I don’t know, the one above, for instance.