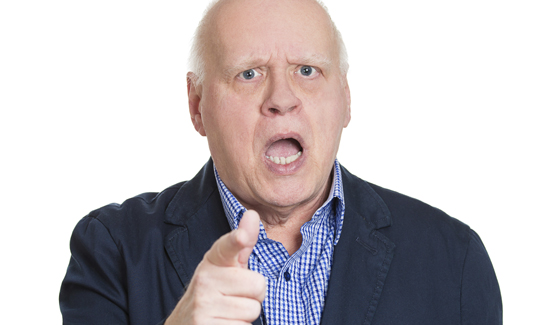 If you work in law enforcement, odds are there’s that one person that calls in almost every day, saying they saw something, and by God, they’re going to say something. Frequently, it’s a roofing crew on a job site that someone mistakes for terrorists.

Justice Crusader: Well, there are several I’d like to discuss.

911 operator: Hi, Phil. What is it now? Is the mailman trespassing again?

JC: No! There’s a Mexican Mafia cartel operating in the park! He’s selling the drugs to the children!

JC: Yes! That’s amazing! You guys must have arrested him already. That’s what I call teamwork! I mean, I did most of the heavy lift…”

911 operator: “Actually, we just took a complaint from him about you harassing him repeatedly. There’s an officer at his residence to get the details, and we’re really going to need you to cut it out, Phil. You can’t just walk around accusing people of serious crimes and wasting police resources.”

JC: So, you don’t care about the drug dealing? I mean, we’re talking about kids, for Pete’s sake.

911 operator: He’s not a drug dealer, Phil. He’s a law-abiding citizen who has never given us a problem or cause for suspicion.

JC: This is an outrage! I’m calling the mayor and getting to the bottom of this. You guys are probably in cahoots with the cartel, too!