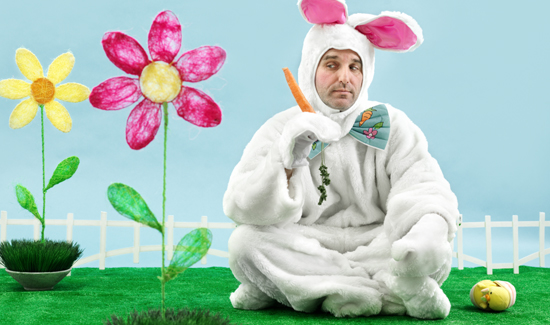 If you work in or around law enforcement these days, you know that cops are extremely on edge and dealing with the emotional turmoil of feeling under appreciated, disrespected, and whatever else.

In times gone by it might have been possible to approach interactions with police in a humorous manner, depending on an infinite number of variables. But those days are over.

In the current climate, some kid that yells profanities out of the window of a moving vehicle at police conducting a stop is likely to be chased, confronted and arrested—or in the viral video from earlier this week on YouTube—challenged to a fist fight in the street (that cop has been fired).

Similarly, this not very bright man that recently tried to turn himself in at a police station in New Jersey thought it would be funny to do so while wearing a bunny costume and blowing an airhorn.

It didn’t work out to well for him, and it’s likely not going to work out too well for the officer that slappede him either.

Emotions are intense right now so don’t expect any of this to let up any time soon.