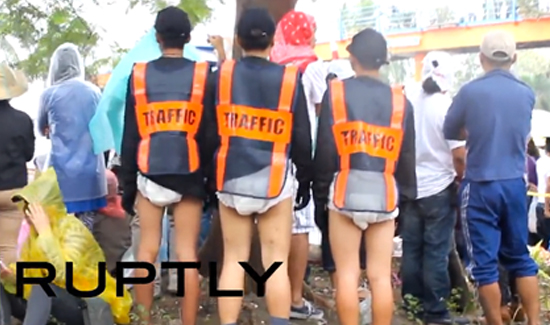 No, that headline is not a typo. Traffic officers in Manila, the capital of the Philippines, were made to wear adult-sized diapers after fears that working the detail for the Pope’s visit this past weekend would be hindered by the city’s lack of portable toilets.

More than 2,000 traffic officers reported for duty bare-legged and clad in diapers, with their regular police attire on the top halves of their bodies.

Suddenly, your department-issued uniform doesn’t seem so bad, does it?