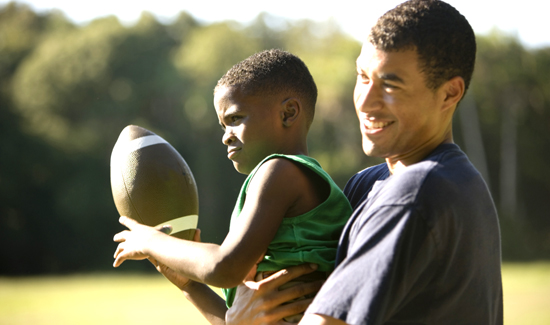 These days, most videos posted to the Web involving police officers typically show controversial use-of-force incidents, like that of a recent arrest of a student in Virginia. Our favorites, though, are feel-good spots—like the one above—that warm hearts and win minds.

You may remember a famous clip featured in the popular “Faith in humanity restored,” Youtube compilations, involving a cop and lonely kid with no one to play football with. The cop on patrol makes a quick community policing stop and spends some time playing catch with the kid.

That’s the kind of interaction that generally sets the way young people see cops in motion.

Some kids see a cop who’s had a bad week and an even worse day lose it with some kid who picks the wrong time to get lippy.

Other kids’ first experiences with cops can be as much fun as a pick-up football game.