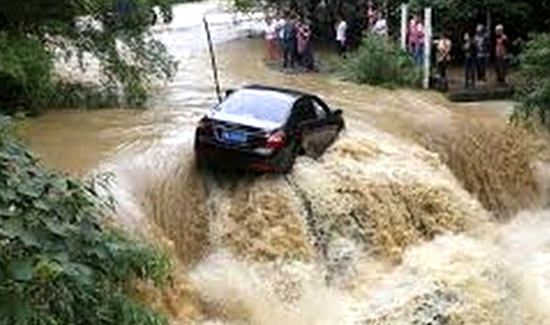 Some people live in mortal fear of being killed by ISIS (Daesh) insurgents in a terrorist attack.

The odds of that happening are slim to none, but you can’t expect people not be terrified after we’ve spent billions over the last decade in order to hype the threat.

If whatever they’re calling the “war on terror” these days was based on numbers and not emotions and insider trading, there would be a lot of very unhappy CEOs out there.

Others have no fear of being killed by terrorists because they understand that as an American he or she is more likely to be killed by a falling television.

Mother Nature, on the other hand, appears to be quite angry, and when she gets like that, watch out.

Earthquakes, deadly heat waves, tsunamis, and flash floods will be increasing radically due to global warming and the well-funded misinformation campaign to keep people ignorant.

If you’re a cop, that means working in some very challenging environments.

And that’s if cops can even make it to the scene.

Thankfully, one of the remarkable things about human beings is that they’re generally at their best when things are at their very worst.