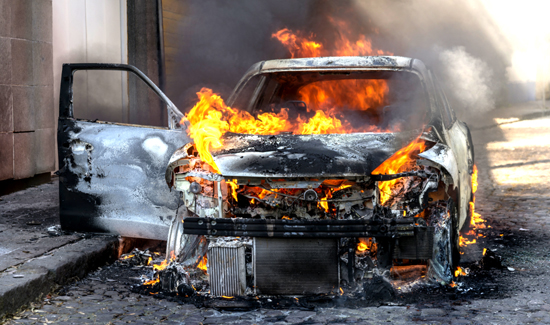 A police car was set ablaze by an angry crowd in Paris on Wednesday as tensions there are running high over accusations of police brutality against protesters, police officials and witnesses said.

The police officers who were inside the vehicle fled.

The incident occured on a central Paris street a few hundred metres from where law enforcement officers were staging a rally to vent frustration over near daily clashes with violent gangs on the fringes of protests against labour law reform.

Witnesses and police officials said the police officers were forced to abandon the car when a smoke bomb was thrown inside by people chanting “police everywhere, justice nowhere.”

Hours earlier, protesters complaining of police brutality in the confrontations of recent weeks were prohibited from holding a counter-demonstration at the site where the police rally was taking place.