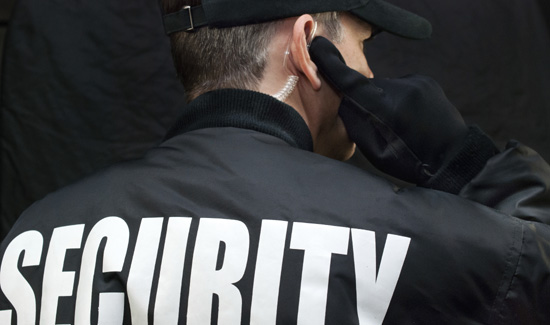 In many cities across the country, police officers are increasingly outnumbered by civilian security guards.

Lots of times, these security guards wear uniforms or patches that say things like “special police.”

So, after a guy died while in the custody of these “special police,” people had a few questions—chief among them the D.C. Metropolitan Police Department.

D.C. Police Chief Cathy Lanier said that, in this case, officers were called to the scene at 4 a.m. for a report of a man yelling and that when two officers arrived, they were told by the security guards that Smith, who was handcuffed, was believed to be on drugs.

“Clearly, there was a pretty good struggle … the security guard is winded, out of breath,” Lanier said, referring to bodycam footage that captured the incident.

But as is almost always the case with bodycams, the footage doesn’t exactly tell the whole story.

It was the cops who were wearing the bodycams, not the security guards.

This is actually the first bodycam footage ever released publicly by the D.C. Metro Police.

“The body-worn camera gives us a snapshot, a look,” said D.C. Mayor Muriel Bowser. “It does not explain, certainly, the whole story in this case. This video picks up after Mr. Smith has been detained and restrained. The video does not show how Mr. Smith died, nor does it confirm whether or not the use of force was justified or reasonable.”

At any rate, the police department isn’t having much luck investigating the incident, so they’re asking the public to step up and help out.