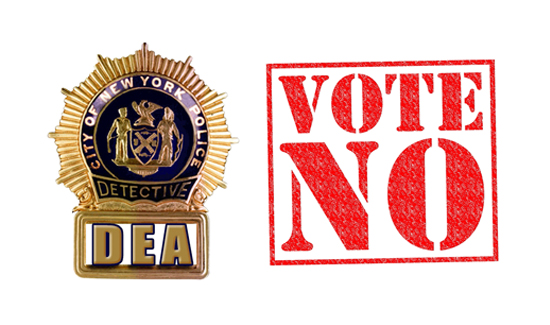 Here in the State of New York, there is a push by some political factions to hold a new Constitutional Convention. The position of the Detectives’ Endowment Association has been “vote NO” on this referendum.

Not only would a Constitutional Convention needlessly cost the New York State taxpayers an estimated $100 million, but it could jeopardize the current level of pension benefits already received by retirees and promised to active members. Public sector pensions are guaranteed against diminution thanks to powerful language present in the New York State Constitution. In the event of a Constitutional Convention, the language could be tampered with that could eliminate that guarantee which would pave the way for reducing pension benefits for our members.

A Convention may open up New York’s Constitution to hastily thought out changes and reversal of laws and protections that in some cases took more than 200 years to put into effect; and for police, benefits that took decades to achieve. A referendum whether or not to engage in a Constitutional Convention will be on the ballot for voters in the next election on November 7, 2017. By the time you are reading this the votes will be in.

We strongly urged our members to vote “no” on the referendum.

It has been the position of the Detectives’ Endowment Association (NYPD) that a New York State Constitutional Convention is both unnecessary and a dangerous threat to our collective bargaining rights, our pensions, our Defined Benefit plan (VSF), health benefits and other work rules and labor rights that we have achieved in New York State and in some cases, took us decades to achieve. The last Constitutional Convention took place in 1967. Clearly, there has not been a real need in 50 years for another. But today there are loud and powerful voices looking to scapegoat public sector workers and their benefit gains. We are facing serious risk of having our labor rights and benefits significantly diminished.

Similar efforts are underway or in the works all over the United States and we all need to be vigilant and aggressive about fighting back against any moves to take away our collective bargaining rights, cut our pay and health care benefits and reduce or even eliminate our pensions. The threat is real and we have to stop it.

Michael J. Palladino is the president of the Detectives Endowment Association in New York City.

This is terrible. An officer serves 25-30 years and retired with expectations of receiving a pension which he/she earned. To take it away is just plain wrong.

this is not true.there is no interest in damaging our pensions.it is more conservative than liberal. the dems are just looking to gain some power because they can not win at the ballot box. they never will get control again.