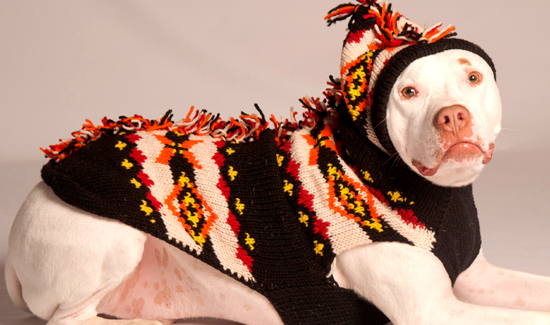 Ed. note: Many of us love to dress up our pets in silly costumes. But animals don’t always have the same appreciation. So, the next time you consider putting that “adorable” Christmas sweater on the family dog, you might want to think about issues like how the animal might respond, its mood, and questions like “wait, why are we putting this sweater on the dog again?” More from The Huffington Post:

A Florida family was mauled by their pet dog after they tried to put a sweater on him, authorities said.

The woman’s husband, Ismael Guerrero, 46, and son Antoine Harris, 22, both rushed to her aid and were attacked. During the scuffle, Harris reportedly stabbed the dog in the head and neck with a knife.

When the dog escaped and ran into the house where children were, officials used a beanbag gun and a stun gun to finally capture the dog with a catchpole.