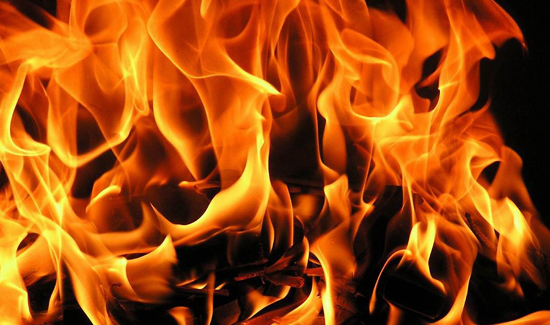 A police officer from Georgia risked his life to save a passenger trapped in a car engulfed in flames and the officer’s body camera recorded the daring rescue.

Senior Police Officer Dan Whitney responded to a panicked 911 call made to the Athens-County dispatch center at 3 a.m. on Aug. 18, detailing a car had crashed into a tree and caught fire in front of the caller’s home.

“Hurry, man, or this car gonna blow up!” the caller told the dispatcher. “I ain’t going to it… It’s going to blow up. God! Somebody in it. … Come on!”

The passenger trapped inside cried for help. His head and one arm were squeezed outside the car’s left, backseat window. The vehicle’s doors were too jammed from impact for the passenger to escape on his own.

Whitney arrived on scene and tried to extinguish the flames. He used his strength to bend back the car frame enough to pull the rest of the victim’s body from the window.

As Whitney attempted the body-to-body rescue, an explosion from under the burning vehicle’s blew his hat and body-worn camera from a secure spot on his body.