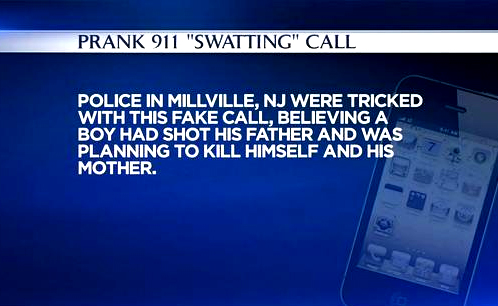 Warning: This video contains some mild adult language, in case there are kiddies in the room.

If you’re an adult—scratch that, if you’re an adult who doesn’t spend most of your time gaming online—things like SWATting, “Gamergate,” and Twitch streams are likely something you hear about in the news but don’t quite understand.

There are a lot of kids (and grown-ups) who like to play video games over computer networks that allow people in different places to play the same game at the same time while also being able to talk to and hear each other using mic-equipped headphones.

Needless to say, some of these folks have developed a rather intense attachment to these silly games—especially when it comes to the thrill of victory or the agony of defeat.

So, what happened was this: one of these nerds got super-pissed at another one and called 911 to report a hostage situation.

Of course, the cops came running.

These episodes are wildly dangerous and increasing in frequency. Thankfully, the cops in this video seem like they know what’s what and handled the call like champs.