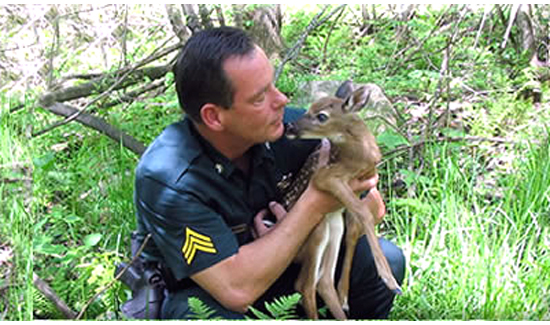 Warning: some of the language in this clip is NSFW, but if there was ever a time to drop a few F-bombs, it’s when you’re literally destroying the planet.

After a lot of very hard work by an army of lawyers and lobbyists employed by oil men like the Koch Brothers, we have a remarkably low level of environmental regulation.

That’s not what you’ll hear from the fools in Congress that got fat envelopes to vote the right way. They’ll tell you oppressive environmental regulation by the government has made it almost impossible to do business.

And that’s why environmental policing and police officers are so critical.

There aren’t many of them, and they rarely get the respect they deserve, but the work they do is important in the grand scheme of public safety.

Imagine you own property near this site, where employees say they’re being forced to dump a toxic cocktail of heavy metals and chemicals.