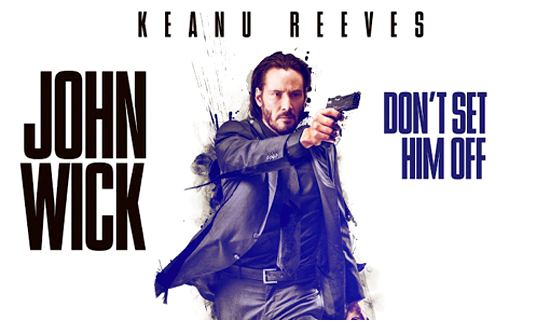 When directors and producers of big-budget Hollywood movies cast a superstar in a role that requires the character to be proficient with firearms, they face a few choices.

One is to use a stunt double for the scenes that involve gun play, or use expensive CGI to make it look right in post-production.

Or they can find an actor who’s actually interested in learning the real-world skills portrayed in the movie.

Obviously, in the land of make believe, guns rarely jam, and everyone can hit moving targets from 1,000 yards out in high wind. In other words, some of those “runnin’ and gunnin’” movies aren’t very realistic.

But it makes a huge difference for a movie when the guy playing the tactically proficient bad-ass can actually shoot.

Say what you want about Keanu Reeves, but the guy knows how to prepare for a part.