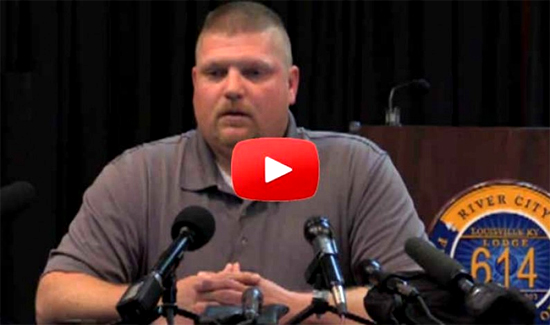 A lot of police officers and others will tell you that there’s some kind of “war on cops” underway in this country.

However, hard evidence of this is hard to find because we’re generally talking about feelings and emotions, rather than facts and figures.

The situation is essentially this: public protest and criticism of police has led some law enforcement officials—especially in the world of police associations—seeing red.

It’s never easy to keep your mouth shut when you feel like you’re being assaulted or under attack, and some police union officials have had it with all the “yammering from the liberal media and know-nothing public,” to use the typical descriptors.

Needless to say, when you make empty threats against an unidentified enemy in the current political climate, real-world outcomes may not necessarily line up with “desired effect.”

This is usually what happens when those representing public servants make the mistake of preaching to the congregation instead of the choir.

Call it putting out fire with gasoline.

All I can say is if there was something in that letter that personally offended you, then you need to take a good hard look at you life.. The letter just expressed the frustration LEOs feel with they way WE are portrayed by a large portion of the media. He also called out, not by name, those in the community that fan the flame of unrest by making unsubstantiated statements that spread through out the community. He also stated that no matter the climate, the LEOs were going to do their job! But I do have to say, based on my contact with all people of all races, a larger portion of the citizens are pro LE. Just goes to show how negative press can misrepresent a community actual true view.