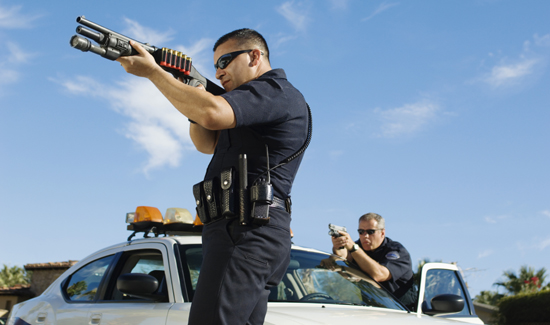 Depending on whom you talk to, homegrown extremists and terrorists like Dylan Roof are actually a much larger threat to Americans in general—and cops specifically—than any foreign actor.

Recent polls of law enforcement professionals indicate that this reality is now accepted, even within public safety circles, as the result of the preponderance of incidents and the growth of the sovereign citizen movements and other anti-government extremism.

This is good news from an officer-safety perspective. It wasn’t that long ago that self-styled “security experts” could get away with nonsense like “not all Muslims are terrorists, but all terrorists are Muslims.”

As far as threat matrix analysis and situational awareness are concerned, Facebook and social media in general are the best chance police officers have to identify credible threats before a synagogue, church, or police station is shot up.

The “don’t tread on me” brigade is as passionate about letting the world know all about what they’re doing as they are about defending their liberty from tyranny (or whatever).

You don’t need a security clearance or be attached to a joint-terrorism task force to identify credible threats.

All you need is a computer with internet access.

Obviously, not all extremists are alike. To be sure, there are some sophisticated bad guys out there who don’t talk in cars and who know how to keep their digital fingerprints hidden. These are the guys you want to see getting rounded up in an FBI counter-terror sting.

But a lot of these angry individuals preparing for war with sheriffs’ offices, police departments, and local and state governments need attention more than anything else.

So they make long YouTube videos like the one above, in which they predict their heroic last stands and threaten law enforcement.

Needless to say, these videos are priceless from both a cultural and tactical perspective.

As the man once said, know thy enemy if one wants to emerge victorious.