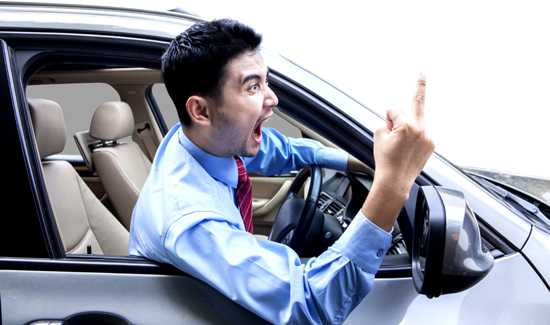 Here’s the deal: a man and a woman driving in opposite directions stop in front of each other and each refuse to let the other pass.

Neither of the drivers will back up.

Behind one of the vehicles is a line of cars stretching way back into the distance filled with angry people wondering what the hell’s going on up there.

After a few minutes, other drivers get out of their cars and approach the two having the standoff.

They beg and plead with them to back up, pull over, or do anything other than just sit there with blank stares as the rage builds and builds.

It’s a good thing they don’t have a lot of guns over in the UK.

Otherwise, this thing could have gone bad in a hurry.

Wow why can’t they just share the he road lol

“It’s a good thing they don’t have a lot of guns over in the UK.

Otherwise, this thing could have gone bad in a hurry.”

Really? Way to sound like a typical anti-gunner that thinks everyone with a gun is some wacko that’s going to pull it out during a traffic incident. F*ck off APB!

Exactly..
The anti-gun statement was horseshit, specially when we in Law Enforcement are (mostly) pro 2nd ammendment.