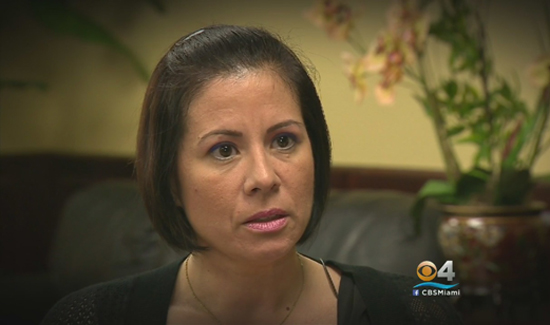 Veteran Miami-Dade Police Officer Lydia Marquez said it was an innocent question from her 4-year-old son that convinced her to make this Facebook video, which been seen and shared tens of thousands of times since she posted it last Thursday.

She said her son asked her why she was going to work.

She used the video as a platform to describe why she’s an officer, how race doesn’t matter to officers and the dangers many officers feel exist today that didn’t exist before.

“When I received my badge, I swore an oath,” she says in the video. “I swore that I would protect and serve all people—not blacks, not whites. Not all that. The oath is colorblind.”

Marquez’s words are one more element of a struggle that is occurring nationally, where many communities appear at odds with police as some citizens believe police officers are unfairly treating minorities while officers are feeling threatened and targeted.

“When I kiss my children in the morning before I go to work and tell them I love them I don’t know if I’ll be coming back at the end of the day, I don’t know especially nowadays,” she said. “It’s hard. It’s really hard.”