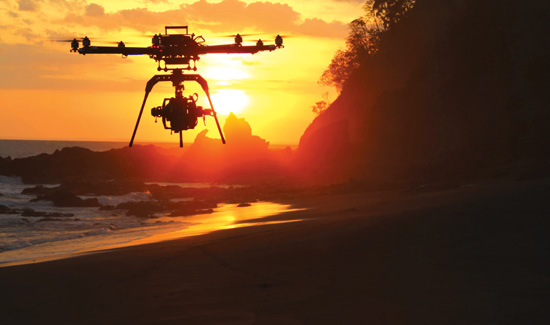 Robots, including automated license plate readers, red light cameras, and other surveillance technologies are now doing a lot of the work that used to be handled by human police officers.

Most of the avalanche of gadgetry and computer stuff is a product of military spending related to the increasingly destabilized post 9/11 world, as the military and the CIA continue to share the new gear with local, state, and federal law enforcement.

But what’s interesting is that the technology pipeline is operating at light speed, and the legislative process around the use of the new gear moves at something more like a crawl.

As agencies receive and deploy new technology, the courts are wrestling with the rules.

In North Dakota recently, state legislators recently passed laws requiring law enforcement to get a warrant to use unmanned aerial vehicles. You can see that story in the next issue of American Police Beat.

Michigan State Police have become one of the first law enforcement agencies in the nation to receive authorization from the Federal Aviation Authority to use unmanned aerial systems, commonly referred to as drones, in police operations.