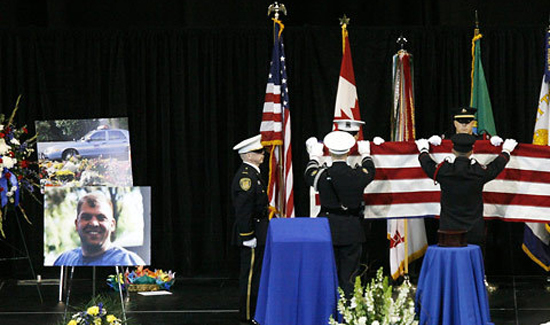 A jury has ruled that Christopher Monfort is guilty in the murder of Seattle police Officer Timothy Brenton in 2009.

Jurors heard four months worth of testimony before rendering their judgement.

“It’s not done for us yet,” said Matt Brenton, Tim’s brother. “We’re relieved that we’re through this part, but we still have a ways to go.”

“We finally, after five and a half years, have justice for our fallen brother,” said Ron Smith, president of the Seattle Police Officer’s Guild.

Monfort was also found guilty of the attempted murder of Seattle PD Sgt. Gary Nelson. Nelson was one of the officers who raided a Tukwila apartment complex to arrest Monfort a week after Brenton’s murder.

Monfort was paralyzed from the waist down during that raid and has been confined to a wheelchair ever since.