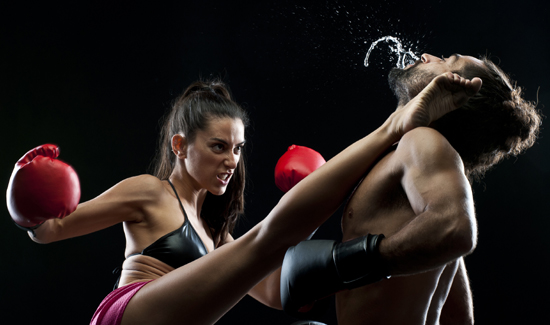 A robbery suspect fleeing police in the Dallas area had a really, really bad day.

In the video you can see the suspect fleeing authorities at high speeds as he endangers other motorists as he tries to flee.

But traffic’s a bitch.

The suspected thief’s luck ran out when he plowed into a minivan with three occupants stopped at an intersection.

The folks that were hit were not pleased and confronted the suspected robber as he tried to get out of the vehicle he was driving.

The woman he hit and her companion—both understandably pissed off—do quite well in terms of subduing the suspect as officers arrive.

Check out the action in the vid.