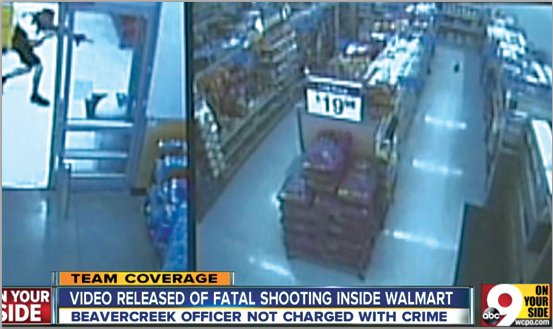 Between the caller, the dispatcher, and the response, there were plenty of opportunities for things to go sideways.

Maybe the caller says, “It looks like it might be a toy gun,” but the dispatcher fails to convey that information.

In Ohio, a special prosecutor says a 911 caller won’t be charged for reporting a man waving a gun in an Cincinnati Wal-Mart before police fatally shot him.

The decision by Mark Piepmeier was met with a mixed response.

Piepmeier is the same prosecutor who presented the case to a grand jury.

That jury determined that the August 2014 shooting of 22-year-old John Crawford III at the Beavercreek store, near Dayton, was justified.

The 911 caller told investigators he thought Crawford had a real firearm, but it was actually an air rifle Crawford had picked up from the shelf.