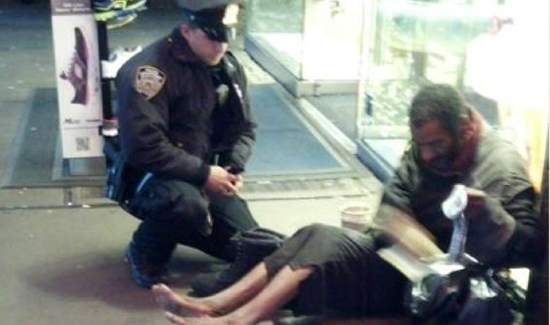 Giving one apparently homeless man a winter jacket is not enough for two Chicago Police officers, whose generosity is depicted on a video that has gone viral.

Officers Peter White and Robert Osborne encountered a possibly homeless man some weeks ago on a busy expressway exit ramp. They issued him a ticket, but promised the panhandler a real winter coat to replace his flimsy jacket.

White and Osborne spotted the man again at the end of January and delivered on their promise. Osborne taped the soon-to-be viral video of the encounter.

“I don’t think that he gets people actually truly caring, and it felt nice for us, but I think he was appreciative himself,” said Osborne.