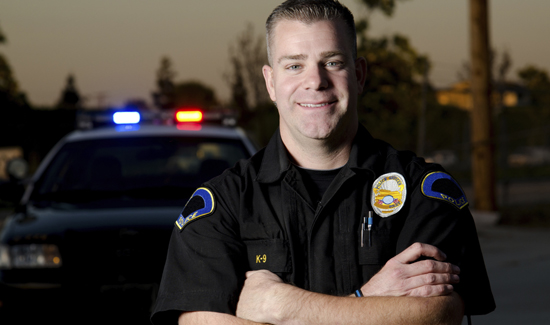 If you’re big and strong and know how to handle yourself, smacking the smirk off some wise-ass’s face is about as easy as tasks get. But when you’re a police officer in uniform, that’s just not an option. Check out this video of Deputy Scott Cottrell keeping cool, calm, and collected as a self-described “investigative journalist” acts like a total weirdo. And what’s up with this guy’s voice? Does he work around a lot of helium?

An Oklahoma sheriff is praising one of his deputies for the way he handled a “difficult person” who they believe was attempting to embarrass the local sheriff’s office.

“I usually try not to give any attention to people like this,” Sheriff Larry Rhodes said in a Facebook post. “However, I am extremely proud of the way Deputy Scott Cottrell handled the situation being shown on You Tube and feel the need to share what we encounter each day. The good citizens of Garvin County should be proud of Deputy Cottrell as I am.”

In the Facebook post, Sheriff Rhodes said an unidentified person confronted two volunteers in their jail ministry outside of the Garvin County Court House early Sunday.

After the confrontation, the two volunteers, who reportedly have a long history of ministering to the inmates, contacted the on-duty deputy, Scott Cotttell, to report what they thought was suspicious activity.

When Deputy Cottrell contacted the unidentified person, the sheriff said the deputy determined the person was trying to shed “a bad light on my office.”