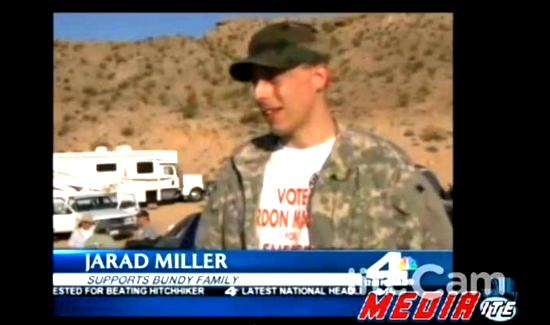 If you start a conversation about who represents the biggest threat to Americans, in terms of public safety, odds are people will usually wind up disagreeing about whether or not we should be more worried about the Omar Mateens or Dylan Roofs of the world.

When it comes to what people refer to as lone-wolf attacks, the ideology of the shooters is usually what people focus on.

But one thing’s clear. The self-radicalized Bundy-types are energized and continue to attempt to provoke police officers by showing up unannounced at secure facilities, armed to the teeth to complain about this or that.

Without getting into a long, drawn-out and fruitless debate on open-carry rights and the rest, it’s important to understand that the guys in this video did not get the memo about the war on cops.

At any rate, these kinds of situations are explosively dangerous.