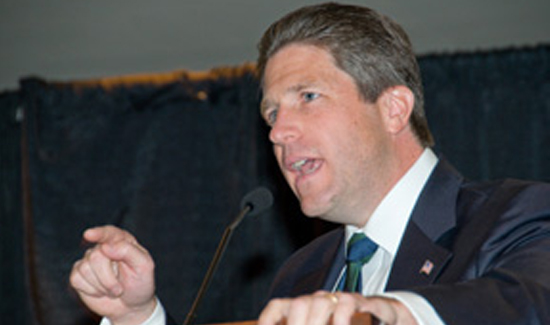 When the chairman of the Citizens Complaint Review Board in New York City called NYPD officers “pigs,” the patrol officers union struck back—hard—by producing this TV commercial and airing it locally. The union is demanding that the Mayor remove Chairman Richard Emery from the CCRB for his conflicts of interest and comments about NYPD’s finest.

Here’s a statement the NYC Patrolmen’s Benevolent Association released on the matter:

CCRB Chairman Richard Emery reacted to the PBA’s call for his removal because of a irreconcilable conflict of interest (his law firm sues the City using substantiated CCRB cases) saying the union was “squealing like a stuck pig.” Upon hearing Emery’s clearly anti-police sentiments, PBA president Patrick J. Lynch said that “Emery has revealed himself with his own words and concerns about his obvious conflict have only been magnified by his inflammatory language. He reveals that it is a point of pride to punish police officers. Such a person should have no role in an agency charged with conducting fair and impartial investigations.”

Last week the PBA called upon Mayor de Blasio in a letter (click here to read the entire letter) to remove the CCRB Chairman noting Emery “. . . .has been in a position to financially benefit from lawsuits filed against the City by CCRB complainants . . .” and that he “ . . . . is incapable of fulfilling CCRB’s City Charter mandate to investigate complaints against police officers ‘fairly and independently.’” Lynch’s letter to the Mayor also noted that Emery’s “involvement casts a shadow over every determination that CCRB has rendered during his tenure, and his continued service would taint every matter that comes before CCRB from this point forward.”

What a moron. The city should fire this guy. It’s no wonder we can’t trust civilians to provide oversight when you get idiots like this making these types of comments.