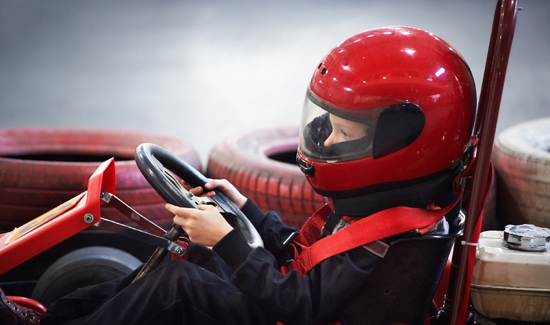 The biological fight or flight response hard-wired into the brains of human beings is really something.

That’s when the “what do I want at Starbucks?” part of the brain gets over-ridden by what’s known as the “lizard brain” or the limbic system.

It’s the moment when people fight or flee on instinct.

Did the guy in the go-cart really believe he was going to outrun officers in pursuit?

At any rate, it’s the craziest chase we’ve seen in a while.