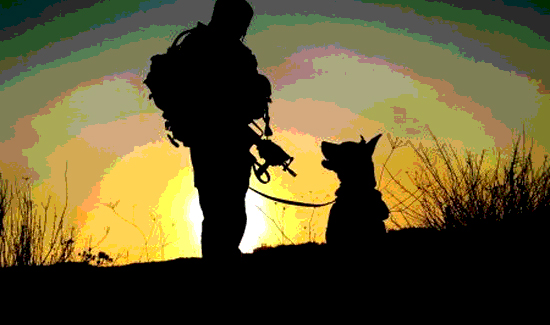 A K-9 officer in southwest England helped to raise awareness about veteran suicide in the U.S. by doing 22 push-ups in a row. Footage of Monty’s extraordinary feat is now going viral.

The canine and his handler Steve Hopwood joined in the #22KILL challenge and posted the video (in the link).

Participants do 22 push-ups everyday for 22 days, then post videos of their efforts on social media.

Launched by the 22KILL movement, the initiative aims to highlight the shocking statistic that an average of 22 veterans commit suicide in the U.S. every day.

Hopwood was on day nine of the challenge when his four-legged colleague joined in.

“Twenty-two U.S. veterans commit suicide per day and this is echoed in the British former-service community,” the police department posted. Suicide is also the “single biggest cause of death in men under 45” in the United Kingdom.

“Help spread the word and look after each other. Someone you know may be suffering in silence,” the department added.