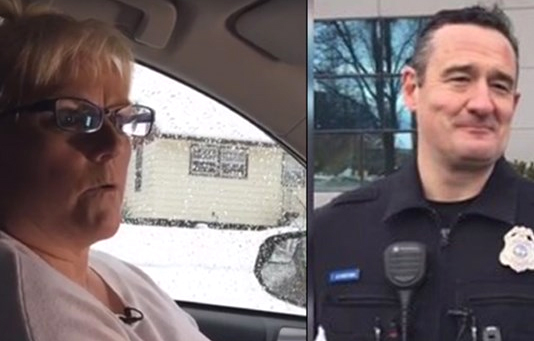 A Spokane, Washington, police officer is being credited with saving a woman’s life after pulling her from her burning car over the weekend.

Officials said the woman called 911 around 10:00 p.m. saying she was trapped in her burning car on North Cannon Street near North Ridgeview Place.

She said she was trying to kick out the windows but they wouldn’t budge.

Even though this was a fire call, it was also broadcast on police channels and multiple officers from the county and city arrived on scene.