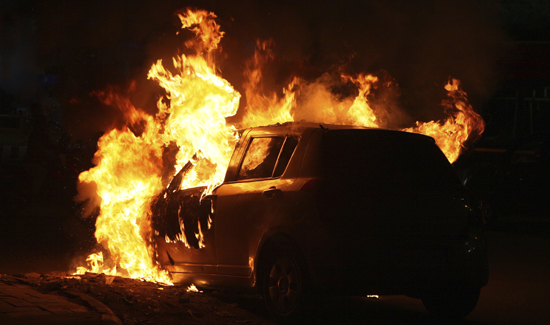 A heart-stopping video shows the moment a Spokane, Wash., police officer saved a woman from a burning car.

Novak said she hit an ice patch and her car immediately shut off so she was unable to unlock her doors.

With the hood of the car engulfed in flames, Schwering bashed in the window to save Novak’s life.

Both the woman and the officer are fine after the ordeal.

Good, solid work! She should buy that guy coffee, and his LT should get him a new asp for that one!
Keep up the great work, everyone. Stay safe in this crazy century!