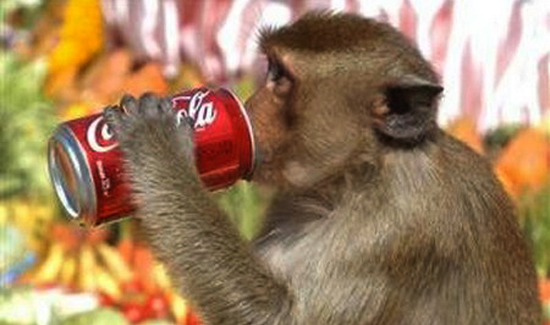 The video, titled “Coke Prank on Cops,” was recently posted to YouTube. Its creators, a group of young video-loving friends who call themselves NelkFilmz, had a pretty basic idea: film themselves asking passersby if they wanted “some coke.” Whoever said yes was brought to a car with a trunk filled with—wait for it— cans of Coca Cola. Hilarious, right? (Ed note: insert eyeroll here)

In the video, one of the officers begins to question one of the men, and a passenger in the back pretends to get nervous and confess to drug possession.

LAPD Commander Andrew Smith of the LAPD says anyone who pranks on-duty cops should have their head examined.

“It is dangerous for the participants involved and a huge waste of a police officer’s time,” he told NBC News.