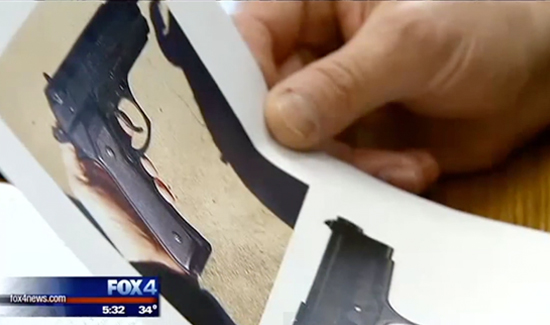 A 17-year-old Duncanville, Texas, boy is alive today because of a judgment call made by a police officer who thought the teen had a gun. It turned out to be a BB gun, but the officer didn’t know that at the time. What could have been a horrible tragedy like others seen around the country was by avoided by a split-second judgment call.

“The call came out, then I started heading north on Cockrell Hill,” 16-year veteran Officer Ben Luna, told Fox News. Luna  was first to respond to a 911 call about three teens seen with a gun.

As Luna pulled up to the scene and saw the three teens, one of them, in a gray sweatshirt, is seen on the dash cam looking back and seeing Luna. Then, it appears the teen moves something near his waistband.

Luna exited his squad car, yelling commands at the teens.

The trio was not obeying commands.

“They’re fixing to either pull the gun out or they don’t really care what…what I’m saying,” Luna said he was thinking as the incident was happening.

Even though the teen said the gun was fake, Luna wondered if “he was trying to distract me looking at him, and these two could pull out a weapon. I’m not for sure.”

Chief Heard says that even though the teen approached Luna with his hands up, the officer was at a disadvantage, because action always beats reaction.

“Even though the officer has his gun drawn, he’s on target,” said Heard. “If this man chooses from this position to draw and fire, he can draw and fire before the officer can see that, perceive that and stroke that trigger.”

Finally, the teen follows instructions and goes to the ground.

Heard says the BB gun that the teen had is a replica of a Beretta 92F that looked very real, so quickly determining whether or not it were real or fake would be difficult.

For Officer Luna, it was a closer than close decision.

“This could have been bad for that young kid,” said Luna. “I’m so happy that I didn’t have to pull the trigger.”

Duncanville police say what was avoided was the kind of tragedy that took place in Cleveland in November 2014, when 12-year-old Tamir Rice was shot by a Cleveland police officer.

Rice had a BB gun.