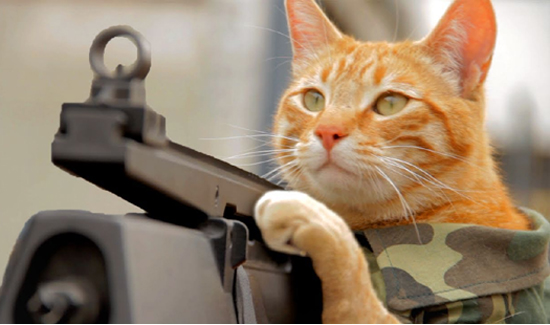 In Belgium, law enforcement and residents alike have been on high-alert as authorities hunt for the remaining suspects in the recent active-shooter/suicide-bomber attacks in Paris.

They’re not “sheltering in place,” because that’s actually not a thing—martial law has not been declared.

But Belgian authorities were worried about people giving the police operations away by posting photos and updates on social media.

So, some brilliant people came up with a solution for the problem of anxious people wanting to share information without tipping off any bad guys who might still be in hiding.

Behold, the vigilant kittens of counter-terrorism.

Hopefully, the “masterminds” of the Paris attack will be reminded that some folks won’t piss their pants on command every time a bunch of suicidal losers decide to kill civilians.

Especially when one of the alleged attackers was a drugged-out selfie-taking scene queen addicted to social media.