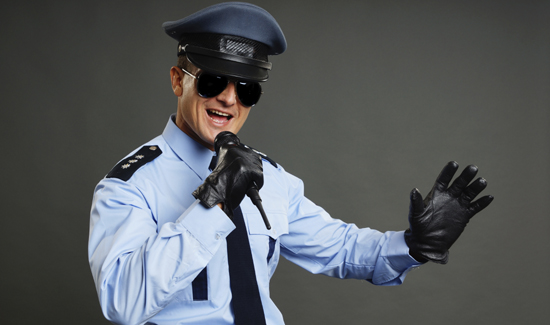 Employment can be a challenge.

In the old days, there was no need for slick recruitment promotions—the odds were if your grandfather and father were cops, you would be a cop too.

But in a time of mass layoffs, wage and benefit “givebacks,” early retirements, and attrition, agencies need to do what they have to in order to find prospective hires.

Not too many people would be creative enough to stage a one-man musical production for their recruitment video.

According to an article posted by Jessica Bruha on The Norman Transcript:

“Controversy over a Norman police recruiting video has been stirring in the community over the past few weeks, but while some residents said it’s embarrassing, Chief Keith Humphrey stands behind it.

“Humphrey talked about the video Thursday during the Public Safety Oversight Committee. He told committee members the department has received more positive feedback about it than negative.

“The video, which shows recruiter MPO Carl Pendleton singing and dancing to a song from Disney’s ‘Frozen’ soundtrack, conveys the message that the Norman Police Department is hiring.”

Since that article was written, the video has been disabled on most websites, but it’s still up on YouTube. Click here to check it out.