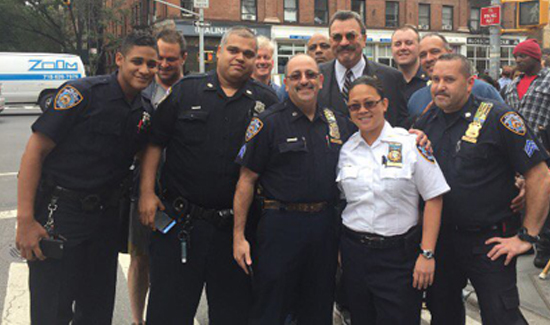 Cops in the NYPD’s 20th Precinct were recently paid a visit from Police Commissioner Frank Reagan—aka Tom Selleck—of the hit CBS show “Blue Bloods.” Selleck, a longtime friend of law enforcement, narrated the NYPD’s “Safe and Fair” video (press the play button, below) on his own time because of his admiration and support for the Department and what its men and women do.