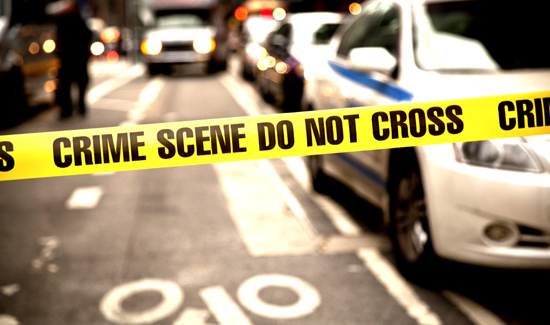 Officers were called to the scene after a report of a man in a wheelchair with a self-inflicted gunshot wound, Sgt. Andrea Janvier said.

The man, identified as Jeremy “Bam” McDowell, was found armed with a handgun upon arrival, but Janvier said the circumstances of the shooting are under investigation. Further details are expected to be released today.

As this video, filmed by a bystander, shows, police ordered McDowell to drop the gun and raise his hands several times before firing.

McDowell died at the scene. An upright wheelchair remained near the white sheet covering his body hours after the shooting.

Police Chief Bobby Cummings was on the scene, which is typical of shootings during daytime hours.

Hopefully the officers have body cam footage. From this video at this angle, I don’t see why the officers needed to fire but will withhold final judgment until additional footage can be found. However, one of the things that does disturb me about the officers actions, why the lack of cover? Is it standard procedure to stand in front of someone…in the open, that is suspected of being armed? Seems to me that there is a lack of defensive measures and is why they shot this man based upon a perceived movement (from their perspective) toward a weapon.