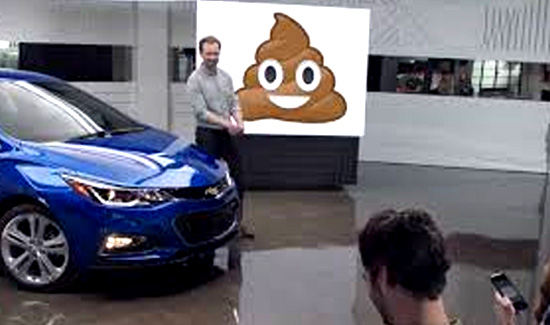 Here’s the thing about advertisements on television (or cell phones, or tablets, or whatever): When they’re good, they’re great, and when they stink, they get really annoying.

One of the most annoying ads in the history of advertising is a campaign for the Chevy Cruise, featuring “real people.”

That’s pretty slick because actors are indeed “real people,” so it’s not technically a lie. More like an alternative fact.

But what would these ads look and sound like if there was actually a “real person” in them?

And wouldn’t it be great if the “real person” was a wise-ass from Boston?