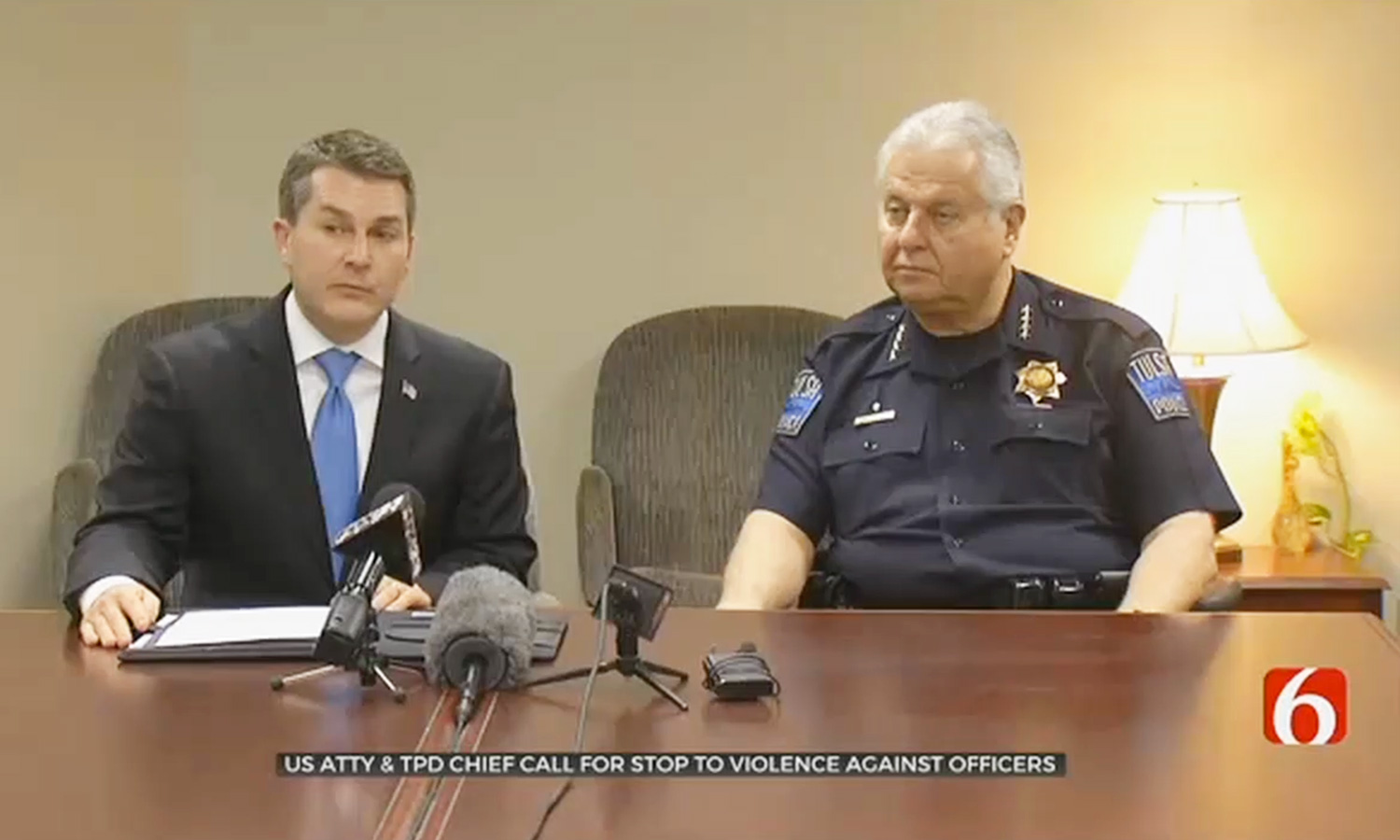 TULSA, Oklahoma – Police and federal prosecutors are pledging to continue taking action against anyone who commits a violent act against law enforcement.

It’s an issue the U.S. Attorney’s Office in Tulsa and Tulsa Police say they are passionate about. News On Six spoke with a former Tulsa Police Officer who was shot in the line of duty about perception and policing.

U.S. Attorney Trent Shores and Police Chief Chuck Jordan issued a warning for anyone who hurts or kills an Officer and it’s something a Retired Officer said needs to happen.

Former Tulsa Police Officer Steve Downie said he still remembers that day in 1996 when he walked into a downtown alley, looking for a robbery suspect with his partner Dick Hobson.

“The suspect waiting and ambush and Dick got shot first and then me, and we returned fire,” Said former Tulsa Police Officer Steve Downie.

Hobson was shot and killed. Downie was shot in his leg. He said being a Police Officer has always been a dangerous job but believes the perception and respect toward Officers has changed.

“Sometimes I think the public views policemen as just bullies. Does that element exist? Yes, but you look at all the good and life-saving things that police do every single day that you don’t hear about,” said former Tulsa Police Officer Steve Downie.

And that’s something U.S. Attorney Trent Shores and Tulsa Police Chief Chuck Jordan said needs to change. The Officer Down Memorial Page, said 13 law enforcement officers have already died in the line of duty this year nationwide. and Shores and Jordan said Tulsa is not immune from that increase in violence.

“We will work together to ensure that our community is safe but also that our police officers are safe”. said U.S. Attorney Trent Shores of the Northern District of Oklahoma.

“We are not going to tolerate this, it is going on too much,” said Tulsa Police Chief Chuck Jordan.

Shores said he is going after people like John Terry Chatman who was recently convicted of shooting and injuring Sgt. Mike Parsons in July.

“We will bring everything we have to prosecute those who will seek to do harm to Police Officers,” said U.S. Attorney Trent Shores.

Chatman will be sentenced in April. Shores said he will be asking for a life sentence.