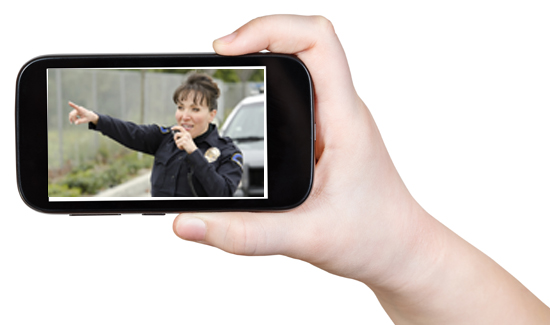 Here’s the current situation regarding people filming police officers in the course of their duties:

While court decisions and agency policies by and large affirm a citizen’s right to record police (as long as they’re a reasonable distance away and not interfering with or endangering officers), it’s not uncommon for officers to seize people’s phones and even erase video.

What is clear is that when police officers take people’s phones, that becomes the story.

The part to keep in mind is that whatever was being recorded in the first place is probably a nothing burger compared to the headline “Cops Take Man’s Phone!”

People are really into their phones.