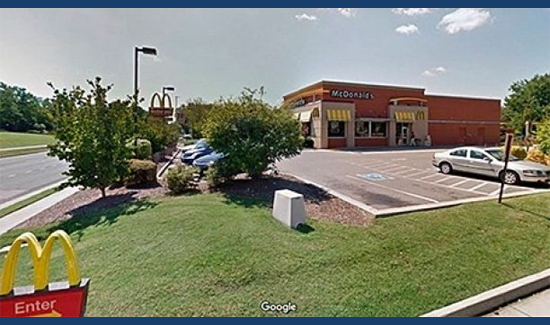 A uniformed police officer in Virginia said he was refused service at a local McDonald’s because he was wearing a uniform, Richmond.com reported.

Scott Naff, an officer for the Virginia Department of Game and Inland Fisheries, reportedly paid for his food in the drive-thru line, but was allegedly refused the food when he got to the window. Naff’s wife, Cathy, told the newspaper that the employee saw the uniform and told her husband: “I ain’t serving no police.”

She posted the story on her Facebook page to inform her close friends about the incident, and the story went viral, the report said.

“He was in uniform and [in] his police vehicle. He paid for his food and drove forward to the next window,” she wrote, according to Fox 8. “The young man who was working that window looked at him and backed away from the window mouthing something to my husband.”

Cathy said her husband could not hear what was said because the drive-thru window was closed.

“The guy finally walked to the window and slid it open,” she continued. “The guy said, ‘I ain’t serving no police’ and closed the window. The guy proceeded to tell everyone in McDonald’s, including the manager, that he was not going to serve the police.”

Cathy said it was not her husband’s intention to cost someone their job, but she wanted to bring to light what police officers go through while interacting with the public. Cathy updated her Facebook status to say a manager at the McDonald’s had told her and Scott the employee in question had been let go.

“My husband is one of the great guys and would have never treated this young man disrespectfully,” Cathy said.

McDonalds needs to do a better job of interviewing their prospective employees.

Race, Religion, Gender, Profession, & Education should never me allowed to be used to refuse service.