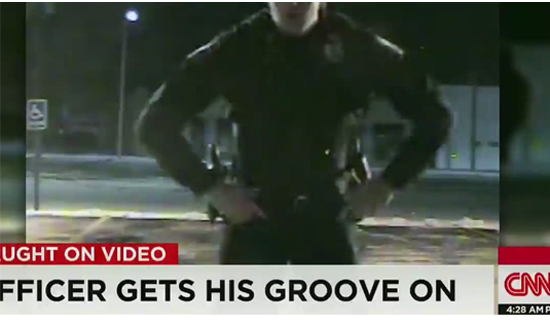 Deuntay Diggs may be a police officer by day, but we’re pretty sure he’s qualified to be a Beyoncé a backup dancer by night!

In a video posted to Twitter, Diggs can be seen slaying his performance and turning up the crowd at North Stafford High School’s pep rally in Stafford, Virginia.

Diggs, whose fiancee teaches at North Stafford, said he was asked to dance with the students after a previous video of his “Formation” rendition at a police charity event went viral, according to ABC News.

After hearing that the student’s weren’t too excited about the event, Diggs decided to take matters into his own hands and surprise the kids with his dance.

“Talking with the principal [and] some of the kids at the pep rally, [we were] worried the kids weren’t engaged enough, but at that point, [there was] all this energy and excitement in the room,” Lt. Deuntay Diggs told ABC News.