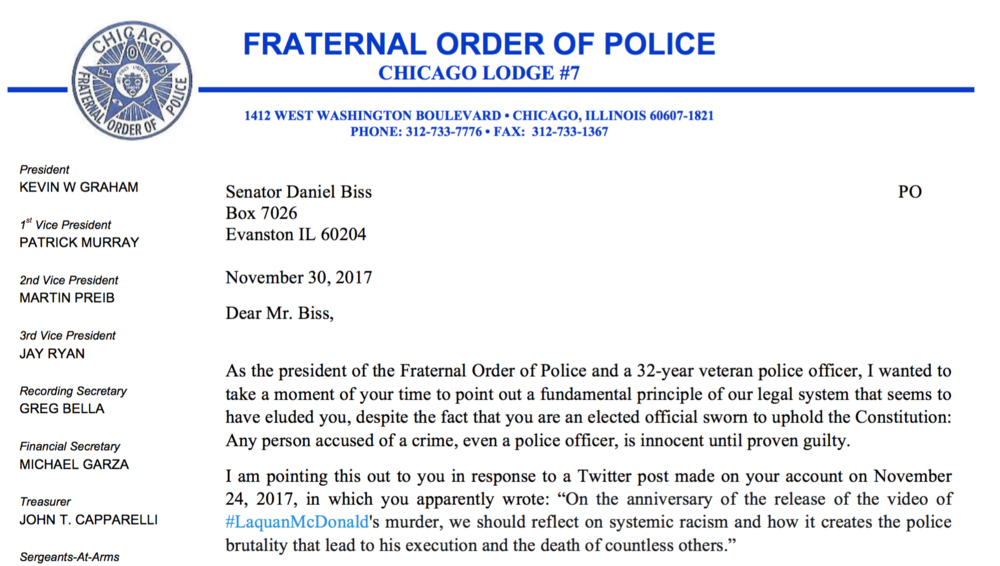 When you’re a cop and contract talks are coming up, you hope and pray that no one says or does anything to poison the well prior to negotiations.

In Chicago, The Fraternal Order of Police and the city will sit down soon at the bargaining table to make a new deal.

But based on complaints about the $31 million the city just paid out to four wrongly convicted men from FOP President Martin Preib, those negotiations look like they’ll be slightly strained.

“What is happening in this city is that the civil rights lawyers have carved out a cottage industry in the name of wrongful convictions,” Preib told aldermen. “They look to this chamber as their blank check. Their playbook is simple: they claim police misconduct, get the prosecutors to exonerate, draft a willing media and then manipulate the citizens of Chicago out of their tax money.”

That seemed like a little bit much for some local lawmakers.

“I find (the comments) rather unbelievable as we, as a city, are trying to do everything in our power, and every single community that’s represented on this council, to bring the city together to improve the relationships between the African-American community, the Hispanic community, the police, to try to make this city whole and safe,” North Side Ald. Harry Osterman said. “To have those comments come before this body, where we have to pay out $30 million to four men whose formative years were taken from them, I think it’s going to further divide our city.”